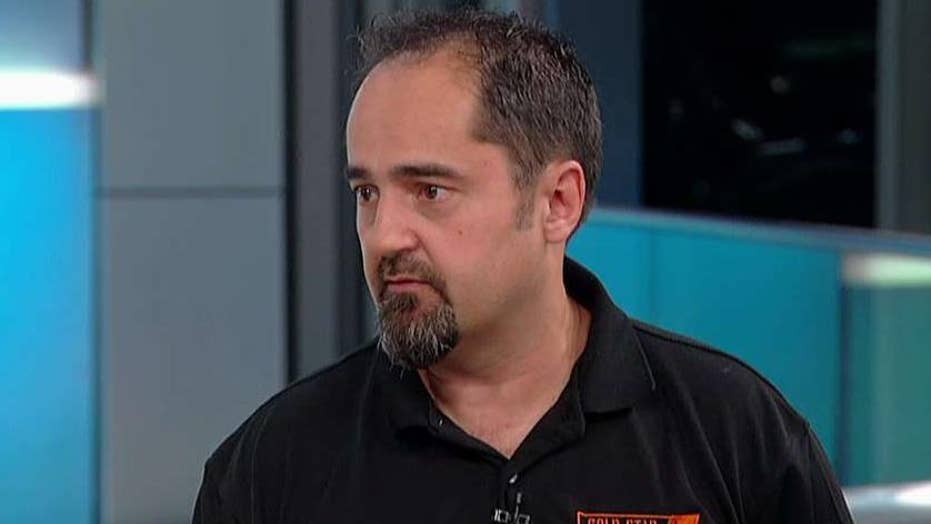 Keith Sherman says he wants to take his package and donate it to the National Archives.

Navy veteran Keith Sherman made a special delivery on Friday to the Library of Congress, where he donated more than 50 stories of Gold Star families that he spent the past year and a half documenting across the country.

The stories of fallen service members were added to the permanent collection of the Library of Congress' Veterans History Project. Lawmakers and Gold Star family members attended as Sherman handed over the documented memories of those who made the ultimate sacrifice in the name of their country.

"These stories, steeped so deeply in the foundations of our great nation, belong in no other place than the archives of our nation to forever be cherished for the world to view, honor and respect," Sherman told Fox News this week in a statement he'd prepared to read at the ceremony.

"Bringing these stories here into our nation's archives is my life's highest honor," he said. "Every family that I have sat with has shared a fear that their loved one and their sacrifice will be forgotten forever."

"With the Veterans History Project and the Gold Star Family Voices Act, you are ensuring that these heroes now live on forever in the annals of history, thus making them immortal," the veteran added.

Sherman made it his mission to collect stories from Gold Star family members in every state.

The Navy vet served his country for 26 years before retiring last October as a senior chief petty officer. It was on the eve of retirement that Sherman decided to honor the heroes of our nation so their stories would live on.

“I was going to retire in San Diego and drive back to Massachusetts and stop by the hometowns of fallen service members that I had served with and share some memories with their Gold Star families that maybe they had not heard before,” Sherman told Fox News in September.

Sherman has traveled around the nation documenting these often-dramatic stories. He logged more than 50,000 miles in his car, living on the road and camping in a tent atop his vehicle for 428 days. Sherman collected more than 160 hours of interviews and ended his journey in Boston last month.

His project, Gold Star Dirt, became a nonprofit last August. The Library of Congress reached out to Sherman after hearing about the organization and its mission.

The rest is now officially history.

Retired Col. Karen Lloyd, director of the Veterans History Project, told Fox News officials were "honored" to welcome Sherman and the Gold Star Dirt team "into the family of organizations and individuals who understand the importance of veterans' stories."

"The Veterans History Project could not do what we do without the efforts of individuals and organizations like Keith Sherman and Gold Star Dirt, who serve again to share these treasured stories with us," Lloyd said.