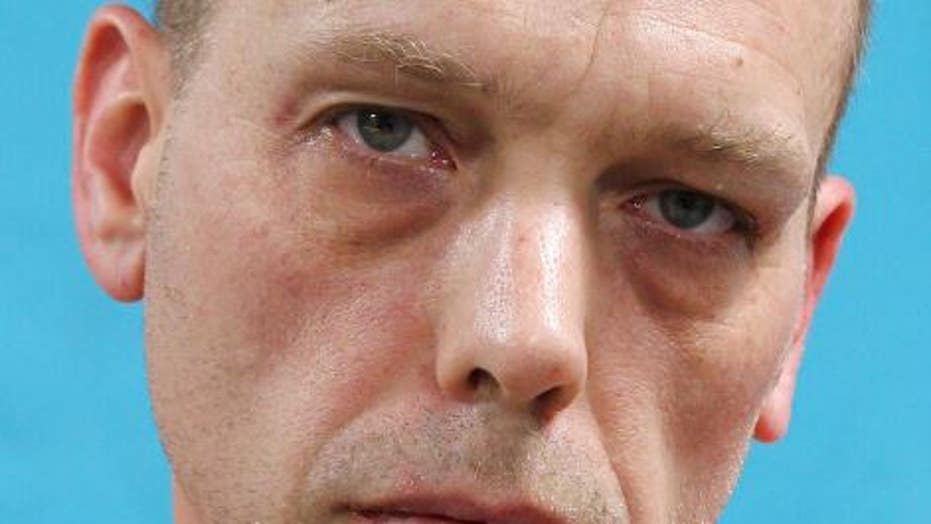 A 42-year-old Missouri man is facing hate crime and other charges for allegedly setting fire to a mosque last week, prosecutors said Thursday.

Nicholas Proffitt, who spent three years in jail after pleading guilty to defacing the Islamic Center of Cape Girardeau in 2009, appeared in federal court Thursday a charge of maliciously damaging a building by means of fire.

Proffitt was charged Tuesday with three state counts stemming from the fire: first-degree burglary, first-degree arson and first-degree property damage motivated by discrimination, which is a hate crime.

The fire was discovered shortly before 5 a.m. last Friday, at the outset of the Muslim holy month Ramadan. The U.S. Attorney's Office in St. Louis said the center's video security system showed Proffitt throwing several objects through a window, then throwing two containers into the center through the broken glass.

Federal prosecutors say Proffitt stepped into the building through the broken window, picked up the containers and began pouring an apparent liquid accelerant before he lit a fire.

There were 12 to 15 people inside the building at the time, but they all managed to escape without injury, police said.

This Friday, April 24, 2020 photo shows damage to the Islamic Center of Cape Girardeau, Mo. after a fire.? (The Southeast Missourian via AP)

It was not immediately clear if Proffitt had an attorney who could speak on his behalf.

Yasir Ali, board chairman for the Missouri chapter of the Council on American-Islamic Relations, had urged federal authorities to also charge Proffitt with a hate crime.

"Unfortunately, hatred hasn't stopped during this pandemic," Ali said in a statement.