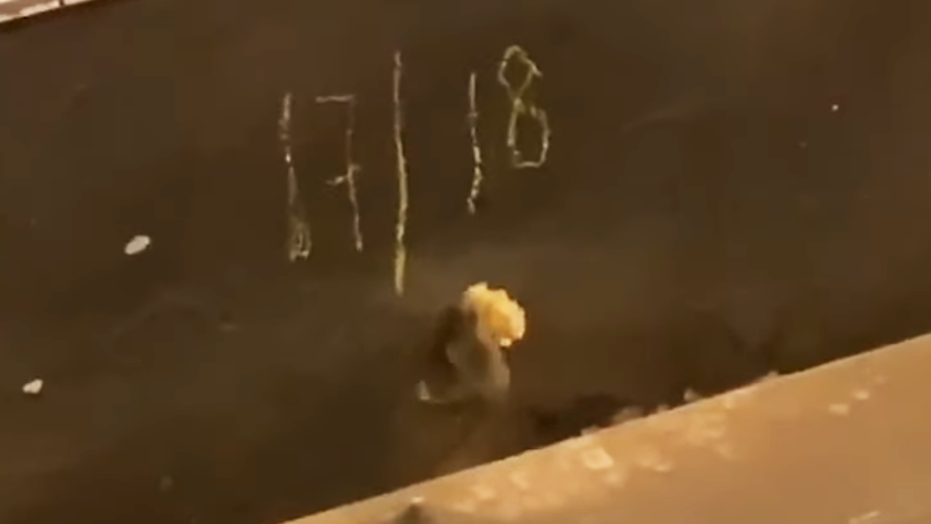 Nothing is impossible for this mighty mouse.

A video of a determined mouse trying to get a giant piece of bread inside of tiny hole at a New York City subway station has gone viral.

The video, posted by Joseph Rocco, shows the rodent holding the large bread in its mouth as it attempts to climb inside of a hole in the wall.

Despite several attempts, however, the mouse is unable to get inside the hole while still holding on to its carb snack. In what can only be described as an example of perseverance, the mouse is eventually successful.

The short clip garnered a ton of reactions online, mostly from those who couldn’t resist witty commentary.

“Jerry is really struggling. Lmao,” a YouTube user commented on the video.

“I will bet that his wifey said u go out and bring home something to eat or dont come home!” am Instagram user joked.

“Never in my life have I rooted for a rat so hard. Get that snack little buddy,” another commented.

Of course, rats carrying food and beverages is nothing out of the ordinary in the Big Apple.

In the video, which has amassed over 63,000 views, the rat – which has been dubbed #coffeerat – is seen dragging the small coffee cup by its teeth as it scurries across the platform.

“I can’t! Oh my God,” Walker says in the background.

One Twitter user, recalling another viral video in 2017 of a subway rat carrying pizza, commented: “It's pizza rat's cousin bringing coffee to the pot luck.”