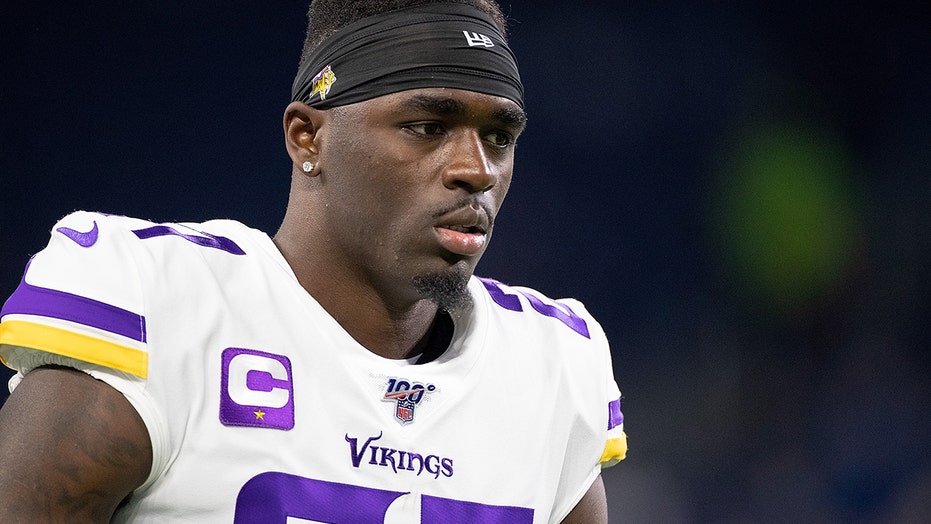 Minnesota Vikings safety Jayron Kearse was arrested early Sunday morning on suspicion of 4th degree DWI and carrying a firearm without a permit, according to Minnesota State Patrol.

Kearse, 25, of Fort Myers, Florida,was pulled over just before 4:00 a.m. after a trooper observed his Mercedes drive around a barricade onto the closed portion of eastbound I-94 at Cedar Ave.

According to the report, the trooper observed signs of alcohol impairment during his interaction with Kearse and subsequently placed him under arrest.

DETROIT, MI - OCTOBER 20: Jayron Kearse #27 of the Minnesota Vikings warms up prior to the start of the game against the Detroit Lions at Ford Field on October 20, 2019 in Detroit, Michigan. Minnesota defeated Detroit 42-30. (Photo by Leon Halip/Getty Images)

The safety registered a blood alcohol concentration of .10.

The arresting officer would later find a loaded firearm inside Kearse's vehicle, according to the report.

He was booked at Hennepin County Jail on suspicion of the two charges and the report added that two other individuals were in the vehicle with Kearse at the time of his arrest.

Lt. Gordon Shank, a Public Information Officer for the Minnesota State Patrol said the police report isn't available yet because it is currently an open investigation.

The Minnesota Vikings released a statement regarding his arrest, saying, "We are aware of Jayron's arrest and are gathering additional information at this time."

Kearse, a 4th year defensive back for the Vikings, was drafted in the 7th round by Minnesota in 2016 after playing for Clemson University from 2013 to 2015.

He is being held without bail at Hennepin County Jail, where records show he was booked at 5:27 a.m.