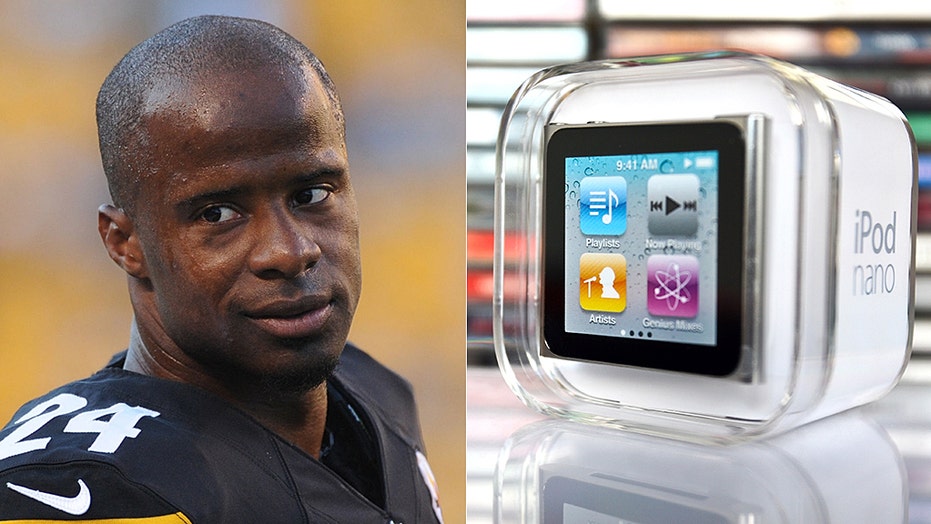 NFL quarterbacks and select leaders on defense are hooked up with audio technology that connects them with either a coach or coordinator during an NFL game.

But former Pittsburgh Steelers cornerback Ike Taylor has revealed he found a way to listen to music while competing during his last 3 years in the league.

For Taylor, 39, he was able to hook up a small iPod inside his clothes while custom fitting his helmet with a pair of headphones.

It's not clear if he was forced to keep the headphone wires somewhere in his helmet while he was playing, as Sports Illustrated concluded that wireless headphones came out after he retired.

The outlet concluded he was most likely using a seventh-generation iPod nano released in October 2012.

"So that was like my last three years," Taylor told the "Surf & Turf" podcast on Oct. 24. "Nobody would know"

He added that he didn't need to listen to audio from his coaches or teammates because the Steelers would use visual signals when calling plays.

"We [were] doing signals, so I just need to see what the signal is," he said.

Taylor added he "blasted" the music during games, mostly "Pitbull or Lil Wayne."

Former NFL offensive tackle Willie Colon, the host of "Surf & Turf" and Taylor's former teammate, recalled a story when Taylor appeared to be dancing out on the field. Colon says he asked Taylor if he was ok, with Taylor responding "I got music in my sh** bro."

Colon then asked the former cornerback "where?" before uncovering the mystery and describing it as one word, "different."

Taylor, a former analyst for NFL Network, won two Super Bowls with the Pittsburgh Steelers. He recorded 636 tackles and 14 interceptions over his 12-year career.