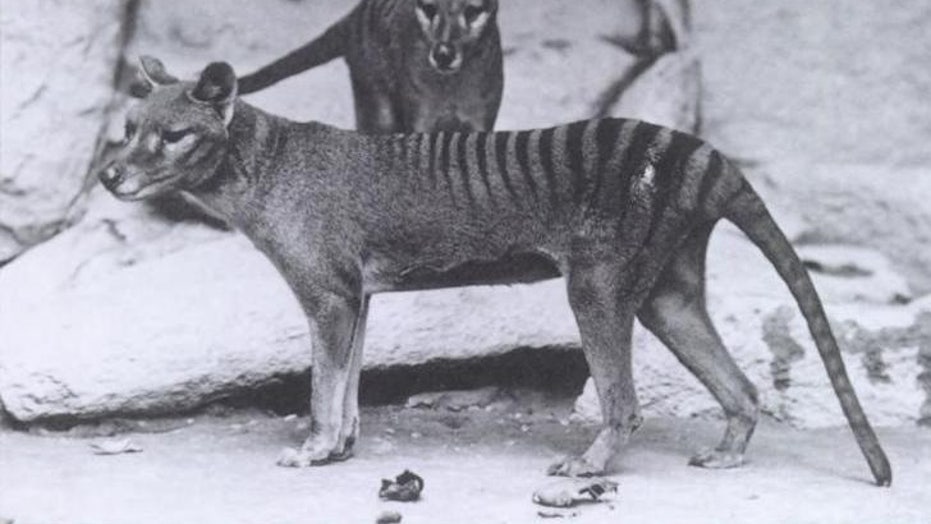 Nearly 80 years after it was thought to have gone extinct, multiple witnesses have reported seeing a Tasmanian tiger.

According to a newly released document from Tasmania's Department of Primary Industries, Parks, Water and Environment, just this year there have been two sightings of the rare tiger, also known as a thylacine.

In July, a man claimed to have seen a Tasmanian tiger footprint in Sleeping Beauty mountain. One month later, a man reported that he believed "he saw a Tassie Tiger on his land seven years ago."

CAN SCIENCE BRING THE TASMANIAN TIGER BACK FROM EXTINCTION?

There were also multiple reported sightings in 2018, including one woman who believes she saw a Tasmanian tiger and her two cubs at Hartz Mountains in November.

Another couple from Western Australia reported that they had seen one of the tigers after it crossed a road near their car in February 2018.

"An animal walked out slowly onto the road. [Redacted] was driving and stopped the vehicle," the report reads. "The animal walked from the right hand side of the road [redacted] (and [redacted] were heading south to Zeehan and Strahan) three quarters of the way across the gravel road, turned and looked at the vehicle a couple of times, and then walked back in the same ‘run’ it had come out of. It was in clear view for 12-15 seconds.

"The animal had a stiff and firm tail, that was thick at the base. It had stripes down it’s back. It was the size of a large Kelpie (bigger than a fox, smaller than a German Shepherd). The animal was calm and did not act scared at all. Both [redacted] and [redacted] are 100 [percent] certain that the animal they saw was a Thylacine."

In total, there have been eight reported sightings of the Tasmanian tiger since 2016. News of the document's existence was first reported by The Independent.

In 2017, a grainy and fleeting videotape reportedly showed Tasmanian tigers in their natural state: one walking slowly at a distance, one with its nose at the camera lens and another with a cub.

A study published in December 2017 suggested that thanks to advancements in DNA research, it may be possible to bring the thylacine, which first appeared 4 million years ago, back from extinction.

The Tasmanian tiger, a striped marsupial carnivore, was thought to have gone extinct after Benjamin, believed to be the last member of the species, died in captivity in the Hobart Zoo in September 1936.