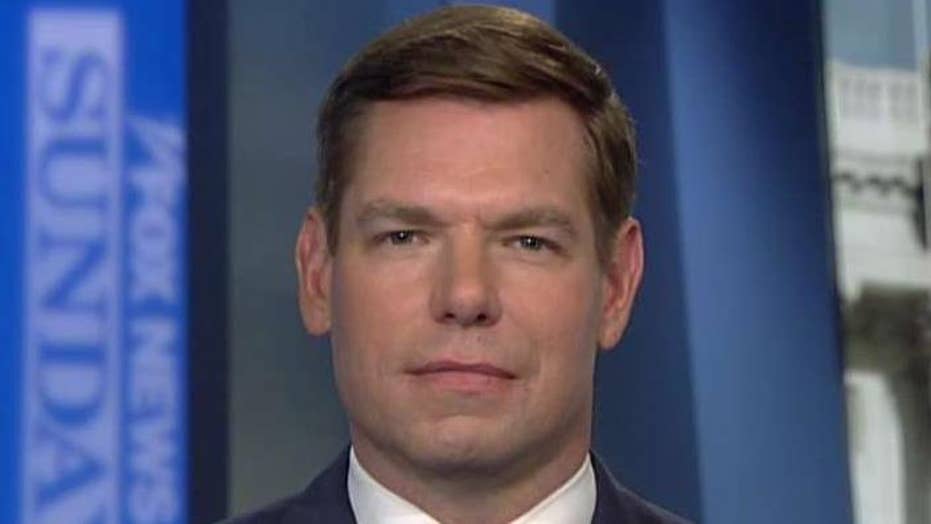 Leader of ISIS dead after US special forces storm compound

Despite nearly universal praise for the U.S. troops involved in the raid on Saturday that led to the death of ISIS leader Abu Bakr al-Baghdadi, leading congressional Democrats were unhappy that the Trump Administration failed to brief them beforehand.

“I was told right before I came on,” Rep. Eric Swalwell, D-Calif., a member of the House Intelligence Committee, said during an appearance on “Fox News Sunday.” Swalwell added that nobody in the Democratic leadership, including House Speaker Nancy Pelosi of California and Senate Minority Leader Chuck Schumer, was informed of the raid.

In a national address on Sunday morning, Trump described a daring nighttime airborne raid by American special operations forces in Syria's northwestern Idlib province and said they flew over heavily militarized territory controlled by multiple nations and forces. No U.S. troops were killed or injured in the operation, Trump said.

As U.S. troops bore down on al-Baghdadi, he fled into a "dead-end" tunnel with three of his children, Trump said, and detonated a suicide vest. "He was a sick and depraved man, and now he's gone," Trump said. "He died like a dog, he died like a coward." Al-Baghdadi's identity was positively confirmed by a DNA test conducted onsite, Trump said.

Pelosi, in a statement released shortly after the president’s address, thanked the U.S. Special Operations forces for carrying out the raid – praising “the heroism, dedication and skill of our military and our intelligence professionals” – but questioned why the Trump administration choose to notify other nations of the raid and not congressional lawmakers.

“The House must be briefed on this raid, which the Russians but not top Congressional Leadership were notified of in advance, and on the Administration’s overall strategy in the region,” she said. “Our military and allies deserve strong, smart and strategic leadership from Washington.”

The eight U.S. helicopters involved in the raid flew through air space controlled jointly by Russia and Turkey. The Turkish official said in a written statement Sunday that there has been "close coordination" among relevant parties and the Turkish military had advanced knowledge of the raid.

Trump on Sunday said that he had notified some congressional lawmakers before the raid, but not Pelosi because he did not want the information leaking to the public before it took place.

“No, I didn’t. I didn’t do that. I wanted to make sure this kept secret,” Trump said. “I don’t want to have people lost.”

Vice President Mike Pence, however, downplayed Trump’s decision to keep Pelosi in the dark in an appearance on “Fox News Sunday" immediately following Trump’s address. The vice president claimed that Trump did not mean to say he did not trust the House Speaker.

“I don’t think that was the implication at all,” Pence said. When pressed on the issue, the vice president said, “We maintain the tightest possible security here,” and focused on Trump’s goal, which was to bring al-Baghdadi to justice.