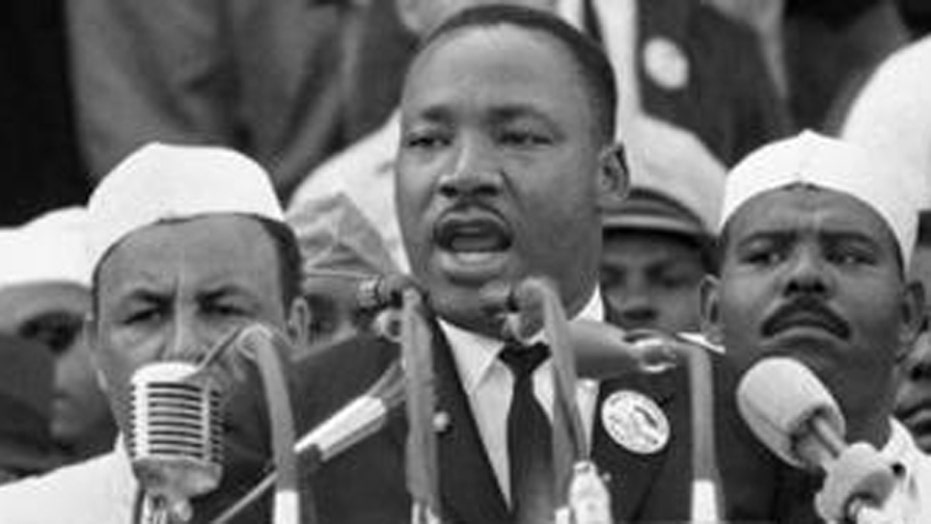 Every year about this time, we hear references to the Rev. Dr. Martin Luther King’s “I Have a Dream” speech. These allusions are sprinkled into the various events nationwide at which Americans celebrate Dr. King’s birthday and the righteous cause for which he lived and died.

That’s fine as far as it goes, but this year I would like to challenge my fellow Americans to dig a little deeper: Simply take the time to read the speech — line by line, word by word.

PAUL BATURA: WHAT IS HEROISM AND WHO IS A HERO?

Be inspired by it.

After doing that for myself, I have come to realize: That speech is truly the greatest, most impactful address ever delivered in American history.

As a written document, MLK’s historic speech is outranked in influence only by the Declaration of Independence and the U.S. Constitution. As a speech, however, it stands alone. What other examples of American oratory have had a greater effect on the national conscience?

Lincoln’s Gettysburg Address or his Second Inaugural? Contenders, perhaps, but I don’t think so.

FDR’s “Day That Shall Live in Infamy” speech? Again, no.

JFK produced a memorable quote with his “Ask Not What Your Country Can Do for You” inaugural address, but his eloquent call to action is outshone by MLK’s dream.

As speeches go, I am confident in asserting that on Aug. 28, 1963, Dr. King added to the annals of American history the most clear, concise and powerful case for freedom and justice that has ever captured the public imagination.

Dr. King also exhorted all those who shared his vision to operate as effective ambassadors of the truth.?

Let us just consider several passages of the speech without even touching the most oft-quoted “I have a dream” lines.

“When the architects of our republic wrote the magnificent words of the Constitution and the Declaration of Independence, they were signing a promissory note to which every American was to fall heir. This note was a promise that all men, yes, black men as well as white men, would be guaranteed the unalienable rights of life, liberty, and the pursuit of happiness. . . . It is obvious today that America has defaulted on this promissory note insofar as her citizens of color are concerned.”

So there was the prognosis: a nation that had failed to live up to its promises.

Then came the hopeful vision for the future.

And then came the warnings against delay in setting right the injustices of the past.

“We have also come to this hallowed spot to remind America of the fierce urgency of now. This is no time to engage in the luxury of cooling off or to take the tranquilizing drug of gradualism. Now is the time to make real the promises of democracy.”

Dr. King also exhorted all those who shared his vision to operate as effective ambassadors of the truth.

“In the process of gaining our rightful place, we must not be guilty of wrongful deeds. Let us not seek to satisfy our thirst for freedom by drinking from the cup of bitterness and hatred. We must forever conduct our struggle on the high plane of dignity and discipline. . . . (M)any of our white brothers, as evidenced by their presence here today, have come to realize that their destiny is tied up with our destiny. They have come to realize that their freedom is inextricably bound to our freedom. We cannot walk alone.”

I would not compare Dr. King’s speech to the inspired Word of God, but I would make one small analogy: Scripture should be read not with a purpose of self-righteous indignation but with an attitude of humility. It should be read to better understand the truth, to live by it, and to winsomely encourage others to do the same.

Perhaps this same method of advancing the heavenly kingdom could also apply to our efforts in this temporal life to advance our national ideals. Studying Dr. King’s speech provides an opportunity to better understand and live by the truth.

This year, many MLK Day speakers will make the general observation that, although we have witnessed great progress towards King’s dream, we have much more work yet to do. This is all true enough. But the time is now for us to speak bolder truths in more precise fashion — and to act upon them.  We must capture the powerful spirit that radiated forth from Dr. King as we challenge one another to make America better.