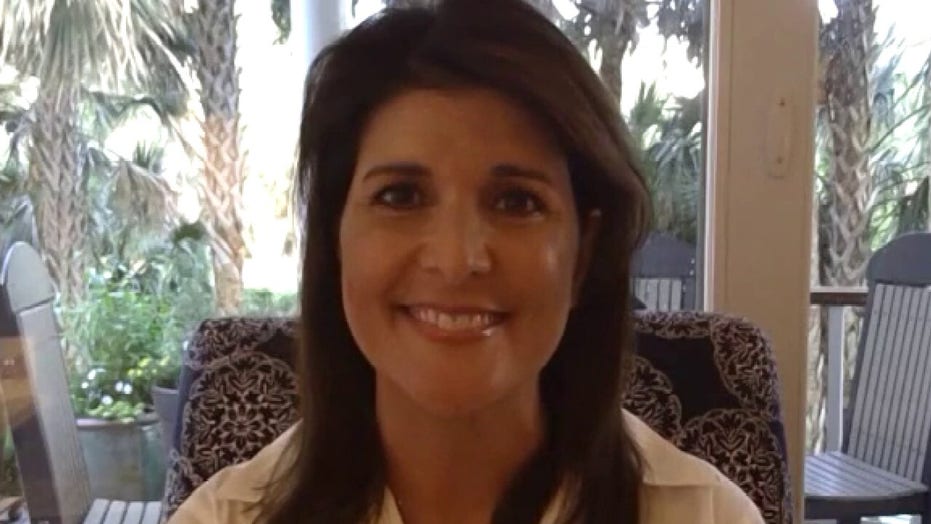 Nikki Haley: Someone needs to pay for what happened to Michael Flynn

"Laura, this upsets me so much because when I was at the United Nations, this is what we looked at other countries doing ...  corrupt measures to frame people and to hide things," Haley said on "The Ingraham Angle." "I can't believe this happened in the United States of America."

FBI DISCUSSED INTERVIEWING FLYNN 'TO GET HIM TO LIE', HANDWRITTEN NOTES SHOW

The documents unsealed Wednesday show that bureau officials discussed their motivations for interviewing Flynn at the White House in January 2017 -- with one note questioning whether the "goal" of investigators was "to get him to lie, so we can prosecute him or get him fired."

Haley did not mince words, saying the FBI needs to "step up" if the American public is to trust them again.

"This should send a chill up every American spine, whether you're Republican or Democrat," she said. "The idea that here was a man who was in transition with a new administration and the FBI didn't follow protocols and went so far as to go and question him with a motive in mind, the idea that you would do that to an innocent American is terrible.

"And I will tell you that I think that questions need to be asked. The FBI needs to step up and let us know how the American people will ever trust them again.

The former South Carolina governor also called for a reckoning at the bureau itself.

"Everybody that was involved from top to bottom should have to pay, because I'm looking at James Comey. He has made millions [of dollars] over this time," Haley said. "General Flynn has literally lost everything. It's wrong. It's corrupt and someone needs to pay."