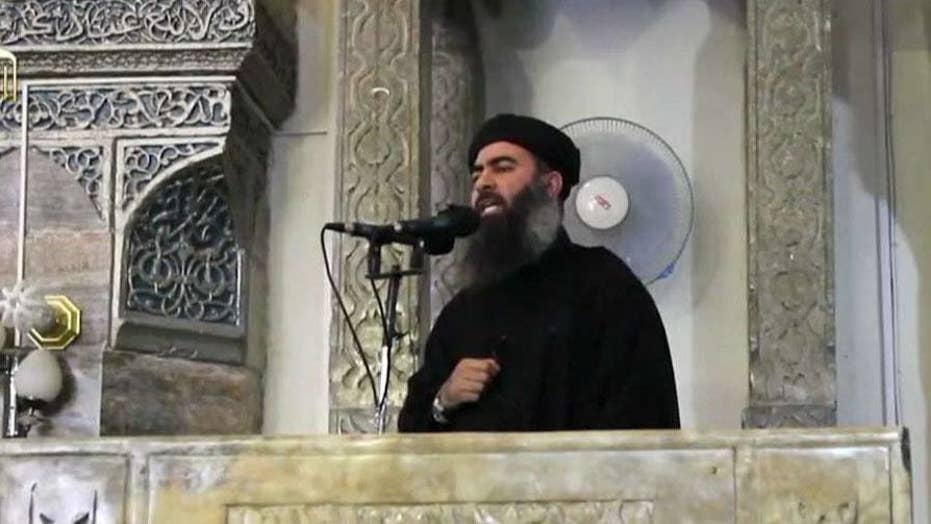 Retired Lt. Col. Daniel Davis says Abu Bakr al-Baghdadi was one of the most heinous and barbaric individuals on the planet.

Al-Baghdadi, who took over as the head of ISIS after his predecessor, Abu Omar al-Baghdadi, was killed in 2010, detonated a suicide vest as U.S. special forces closed in. Troops were sent to attack a compound in northern Syria where al-Baghdadi was located, according to a U.S. defense official.

No U.S. Special Operations forces were harmed or killed during the mission, and Trump claimed the operation had been in the works for several weeks.

"Something else that President Trump did that I’m sure everybody at this table applauds, which is he reminded us of the names of some of the people, the Americans and at least one Brit, who had been killed brutally by ISIS,"Tapper said on "State of the Union."

"The journalists James Foley and Stephen Sotloff -- the humanitarian workers, Peter Kassig and Kayla Mueller -- as well as the Jordanian pilot who had been burned alive by ISIS," he continued."

Saying the names of the victims out loud served as an "important reminder" about the people America has lost at the hands of ISIS, and ISIS-inspired domestic terrorism," Tapper added.

During a Sunday press conference, Trump claimed al-Baghdadi died "like a coward" as he whimpered and cried, before committing suicide. He also said al-Baghdadi had been “the top national security priority of my administration.”

“The world is now a much safer place,” Trump added. “God bless America.”

The president said he would call the families of James Foley and Kayla Mueller, both of whom were killed after being held captive by ISIS. Mueller was kidnapped in 2013 while serving as an aid worker and was reportedly forced to have sex with al-Baghdadi before she was crushed by debris in an airstrike.

The families of Mueller and the other two Americans killed under al-Baghdadi, Steven Sotloff, and Peter Kassig, have yet to release any public statements. Sotloff a journalist, and Kassig, an aid worker, were both beheaded after being kidnapped by ISIS forces.