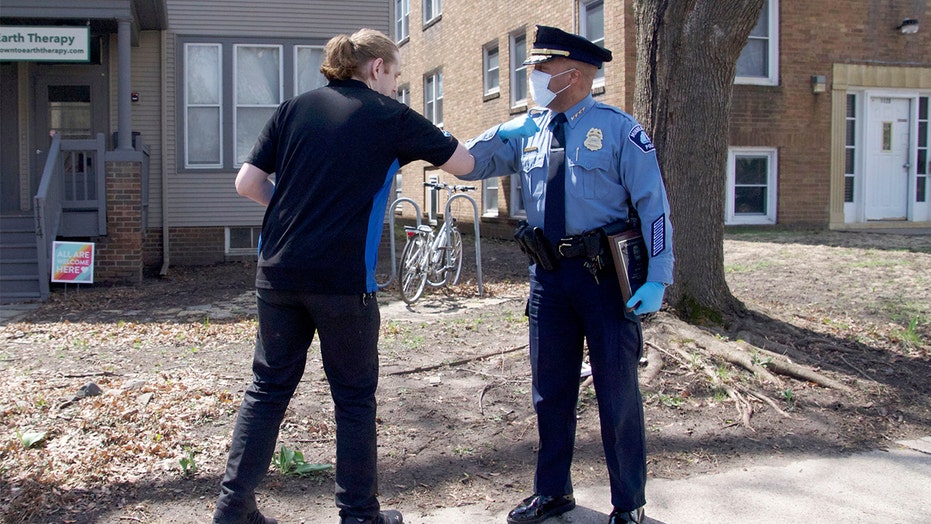 The coronavirus crisis has seemingly confirmed the saying that not all heroes wear capes – they wear badges, uniforms, scrubs, stethoscopes or a range of other accoutrements – and maybe some of them make pizzas too, according to police in Minnesota.

Minneapolis Police Department officers were transporting two children out of their home to a sister’s residence earlier this month, the department said, and along the way they learned that neither girl had eaten since the day prior.

So they stopped at the Domino’s Pizza location on Grande Avenue in St. Paul, where they met Kevin Clover, a store employee.

“They spoke with Kevin about the situation,” the department said in a press release. “Kevin didn’t miss a beat and immediately made a meal for the girls, along with plates, utensils and a 2 liter beverage.”

He also refused to take cash from the officers and thanked them instead, police said.

To repay Clover for his actions, Minneapolis Police Chief Medaria Arradondo surprised him Wednesday by showing up at the pizza place and presenting him with the “Chief’s Award of Merit,” the department said.

The inscription reads, “In grateful acknowledgement of your outstanding contribution to law enforcement and the people we serve.”

The chief threw him an elbow bump, too, photos show.

“One late night early in April this Domino’s employee, Kevin Clover, made an impact in two young community members’ lives,” the department said. “We appreciate people like Kevin and their willingness to help.”