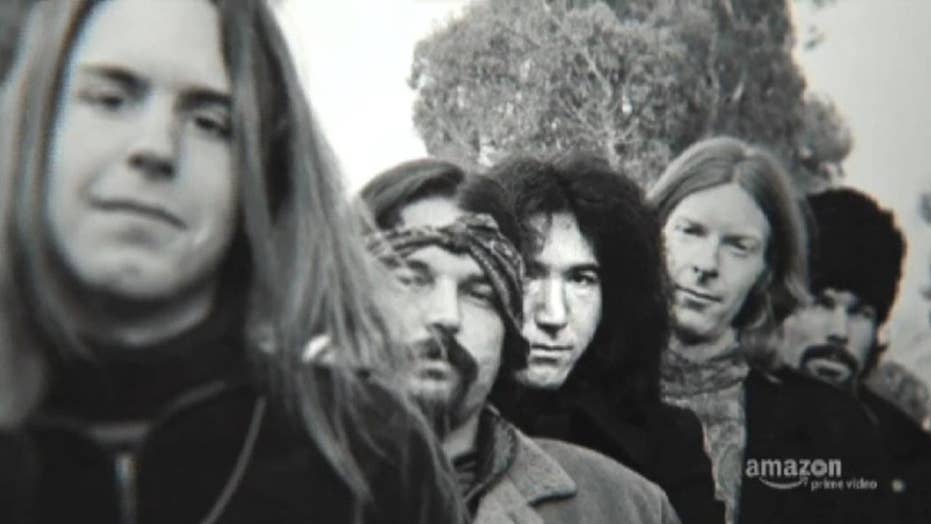 Age is nothing but a number for rocker Bob Weir, who turned 72 last week and remains dedicated as ever to a serious exercise regimen.

The founding member of the Grateful Dead opened up about his passion for fitness in a new interview published Thursday, explaining that “at my age, if you let it go, it ain’t coming back.”

“[Exercise] is something guys my age can do, and it will make an immense difference in what they call your golden years if grace and happiness are goals of yours,” Weir told Men's Health. “I remember looking in the mirror in my 20s and thinking, ‘Holy s---. I’m ripped!’ That was probably the peak of it. I’m getting to a place now where I’m rivaling that. I’m pretty happy with what I’ve got going now.”

Age is nothing but a number for rocker Bob Weir, who turned 72 last week and remains dedicated as ever to a serious exercise regimen. (Men's Health)

One example of Weir’s intense commitment to training is the metal cart of workout equipment that “accompanies him on every tour” with Dead and Company. In the months ahead, the cart will follow him to shows in New York City, Virginia, Los Angeles, San Francisco and Cancun, Mexico through the end of 2019 – all the more reason to stay energized.

“[Exercise] is something guys my age can do, and it will make an immense difference in what they call your golden years if grace and happiness are goals of yours,” Weir said. (Men's Health)

Weir, who founded the Grateful Dead at age 16 with the late Jerry Garcia, told Men’s Health that he fell in love with football around the same time, when he played linebacker and defensive end in high school.

“It’s the most complicated sport there is. You’ve got people with virtually every kind of body type who specialize in doing what that body type can do,” he said of the game. “All that comes together, and if the team moves as one, it’s really pretty awesome.

“I can still throw a ball that you can hear comin’,” Weir claimed, as he tossed a 20-pound medicine ball with a staffer.

In a larger sense, Weir agreed that he was something of the “quarterback” for his legendary band back in the day.

“I might have been [like a quarterback,] come to think of it. Organizational stuff is one of my strong suits, and a quarterback is an organizational kind of guy,” he mused. “Jerry was something of an elusive yet powerful running back. He could do it all. But I was cueing the up and down because Jerry was f------ busy.”

Beyond their differences, the musician said that his and Garcia’s personalities truly complimented each other in many ways.

Despite his lifelong love for strength training and conditioning – and his recent habit of sharing workout videos to Instagram – the septuagenarian said he never forced his interest on his Grateful Dead bandmates. (Men's Health)

“I admired Jerry because he didn’t give a s--- about any of that, and I think he admired me because I did,” Weir recalled. “I admired his ability to just say, ‘F--- it. I’m going to suck down a couple of cheeseburgers and a pizza and a couple of White Russians, and I’m going to be fine about that.’ Working out was just too much effort and too much pain.”

Despite his lifelong love for strength training and conditioning – and his recent habit of sharing workout videos to Instagram – the septuagenarian said he never forced his interest on his Grateful Dead bandmates.

“I never pushed it, because I don’t think it’s my right. It’s a lot like pushing religion. I don’t think any human has a right to do that,” Weir said.

As for his own wellness philosophy, with over 50 years of performing under his belt, the rocker said that he needs three things to be happy – a feeling of dedication to “the pursuit of a sense of purpose,” meditation, and of course, exercise – wherever in the world his adventures may lead him.

“I [recently] saw a video clip of a guy working out underwater; he took a kettlebell from the bottom of a squat position and powered into a backflip and came back around to the squat. I wanna do stuff like that,” the Rock and Roll Hall of Fame member told Men’s Health.

Perhaps, Weir says, he’ll find a penchant for something new, like he did with one of his favorite drills of the moment – beating a tire with a gada mace – which he picked up after embracing CrossFit a few years ago.

“The practice goes back thousands of years. The old original martial art was learning how to swing a big heavy thing and keep your balance and keep yourself collected,” he said of the practice. “You can feel when you’re slipping from the proper form; there’s a timelessness about it.”