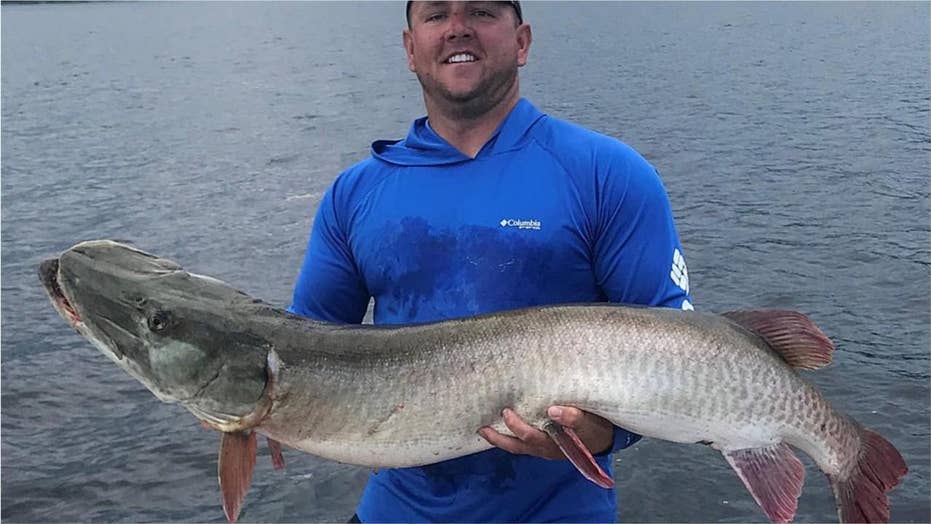 One Iowa man caught a record-breaking fish in Minnesota. The 47-pound muskellunge was caught on Lake Vermillion.

An Iowa man has officially broken a Minnesota state record after catching and releasing a 57 1/4-inch, 47-pound muskellunge in August.

The record was set by Corey Kitzmann of Davenport, while he was fishing on Lake Vermillion near his family’s cabin on Aug. 6. The Minnesota Department of Natural Resources (DNR) certified the catch on Oct. 11, making Kitzmann the new recordholder in the state, the DNR shared in a press release.

Kitzmann explained to the DNR that the catch was special to him – and not just because it was a record-breaker.

While Kitzmann was preparing his bucktail lure, he said he received a phone call informing him one of his best friends had died from a medical condition at age 40, the DNR reports.

"As the phone calls winded down I couldn’t help but think that one of my best friends, Brian Cronkleton, was looking down on me that day – Aug. 6, 2019, is a day that I’ll certainly never forget."

“I worked my way through my favorite milk run of spots with my newly tied bucktail, thinking about all the ways my buddy had impacted my life and the memories we had shared together,” Kitzmann said.

Kitzmann continued his day of fishing on the lake, hitting up favorite spots when he finally hooked the mammoth fish, which various sources say is the largest member of the pike family.

“When I set the hook, I knew immediately that I had a nice fish on. It wasn’t until the fish made its way to the side of the boat that I realized I had a true giant,” he added.

With the assistance of a nearby boater who jumped into Kitzmann’s boat to help, the man was able to net the fish before snapping some photos and then gently getting it back into the water.

“As the phone calls winded down, I couldn’t help but think that one of my best friends, Brian Cronkleton, was looking down on me that day," Kitzmann said in the interview. "Aug. 6, 2019, is a day that I’ll certainly never forget."