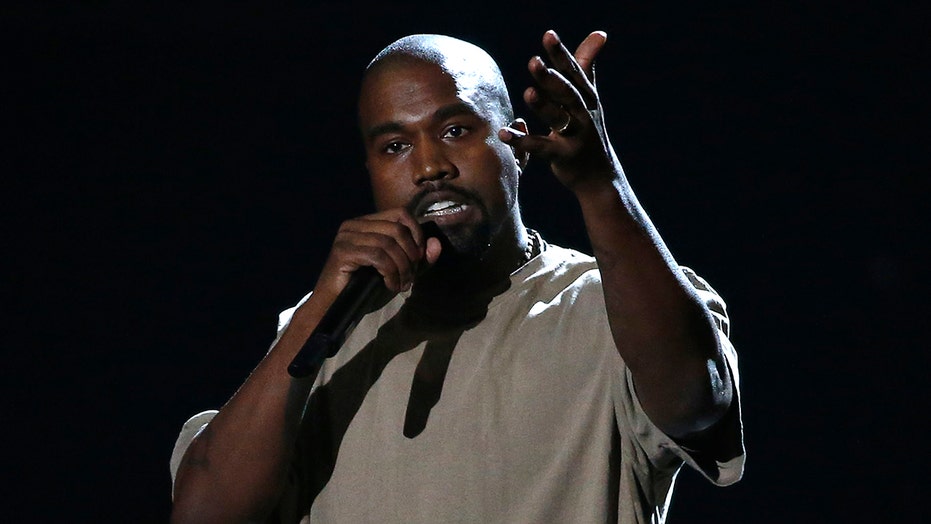 “Playboy was my gateway into full-blown pornography addiction. My dad had a Playboy left out at age 5, and it’s affected almost every choice I made for the rest of my life,” West told Zane Lowe on Apple Music’s Beats 1 on Thursday. “From age 5, to now having to kick the habit. And it just presents itself in the open, like it’s OK. And I stand up and say, you know, it’s not OK.”

West also explained how his infamous 2009 MTV Video Music Awards incident with Taylor Swift was influenced by his addiction.

“That Playboy that I found when I was 5 years old was written all over the moment that I was at the MTV Awards with the Timberlands, the Balmain jeans -- before people were rocking Balmain jeans and the Hennessy bottle,” West said in reference to the incident.

“My mom had passed a year before, and I had said, ‘Some people drown themselves in drugs. And I drown myself in my addiction.’ Sex. That’s what fed the ego, too. Money, clothes, cars, accolades, social media, paparazzi photos, going to Paris fashion week, all of that.”

WHO IS KANYE WEST'S CALIFORNIA PASTOR PREACHING AT SUNDAY SERVICE?

West, who is set to release the gospel-rap album “Jesus Is King” on Friday, spoke about the power of God and how religion helped him overcome addiction.

“With God, I’ve been able to beat things that had a full control of me,” he said.

Upon freeing himself from addiction, West asked “Jesus Is King” collaborators for a big favor. “There’s times where I was asking people to not have premarital sex while they were working on the album,” West told Lowe.

“Jesus Is King” was set to be released on Friday after several previous delays. However, West tweeted Thursday night that several mixes must be finalized before the album finally drops.