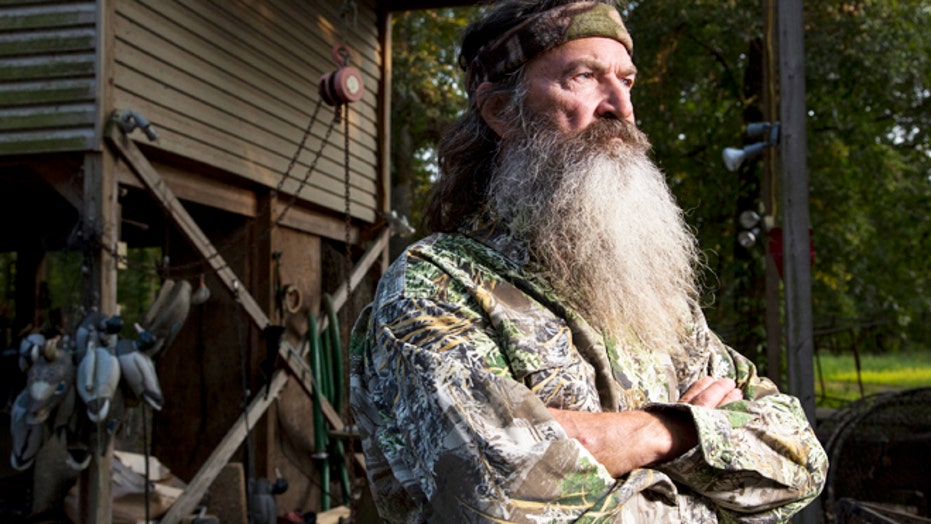 Phil Robertson is adding to the family.

On Thursday's episode of his "Unashamed," the 74-year-old "Duck Dynasty" star revealed that he has learned he has a daughter.

Robertson also has four adult sons -- Jase, Willie, Jep and Alan -- who he shares with his wife Marsha Kay.

The family discussed Phil's rambunctious past, which, they discovered, included fathering a daughter.

Phil's son Alan revealed that he and Jase both received a letter from a woman, Phyliss, claiming her DNA test suggested she's the daughter of Phil, making her their sister.

Alan and Jase spoke with a cousin about the situation, who offered to call the woman. Upon learning she wasn't looking for money and that she's also a Christian, Alan decided it was time to tell his parents.

"Dad didn't remember anything, no specifics about it," Alan said. "It was interesting because Mom remembered a lot more than [Phil] did."

Phil agreed to a DNA test, revealing a 99.99% match between Phil and the woman.

"Bring her on down," Phil remembered suggesting.

"It's a pretty cool explanation of redemption, reconciliation, love," the former reality star continued. "As it turns out, you have a daughter that you don't know about and she has a father she doesn't know about, 45 years doesn't sound like very long, but you see, that's a while."

Phyliss is set to join the Robertson family for the second part to the podcast, sharing the story of how she discovered her paternity.