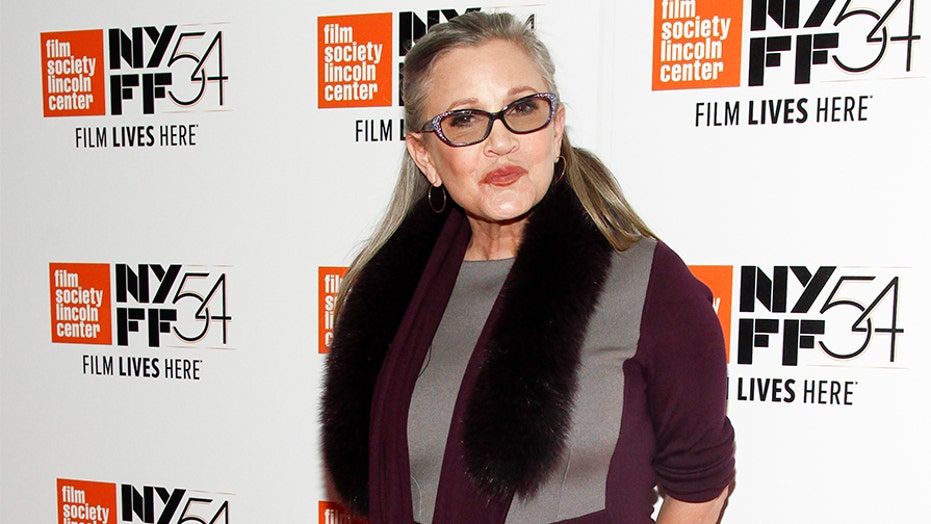 Carrie Fisher’s family is denouncing an upcoming book about the late “Star Wars” actress after the author didn’t involve the family in its writing.

CAA co-chairman Bryan Lourd, who is the father of “American Horror Story: 1984” actress Billie Lourd, issued a statement denouncing the upcoming title “Carrie Fisher: A Life on the Edge” by author Sheila Weller.

According to The Hollywood Reporter, the book discusses the actress’ final hours before her untimely death in December 2016. Weller's publisher did not immediately respond to Fox News' request for comment.

Lourd’s statement concluded by advising “fans and friends of Carrie” to read the late actress’ own books about her life instead of Weller’s.

“For all the fans and friends of Carrie, I just thought it necessary that you know this information before you decided to purchase this book or consider what is being said in the upcoming press interviews Weller will do while trying to sell it," Lourd's statement continued. "To be clear I haven’t read the book. The only books about Carrie Fisher worth reading are the ones Carrie wrote herself. She perfectly told us everything we needed to know.”

The release of the book, set to be published on Nov. 12, comes as Fisher returns to the public eye in the latest “Star Wars: The Rise of Skywalker” trailer in which her General Leia character is featured by way of archive footage.

Meanwhile, Billie posted a tribute to her late mom on Instagram on Oct. 21, which would have been Fisher’s 63rd birthday.

In the post, Lourd, 27, and a few friends sing an acoustic version of "American Girl" by Tom Petty in her mother's honor.

"Happy birthday, Momby," she captioned the video. "Today would have been my Momby's 63rd birthday. Not that I'm some kind of grief expert by any means, but on milestones (or whatever you want to call them) like this, I like to celebrate her by doing things that she loved to do."

Lourd then explained her choice in song and setting.

Fisher died suddenly in December of 2016 after a heart attack on an airplane. Fisher's mother and Lourd's grandmother, Debbie Reynolds, died just a day later after a stroke at the age of 84.